I had long wanted to pick up the book “Man’s Search for Meaning” because of the acclaim I had read about it. I don’t know a lot about World War 2 but, I was definitely interested in knowing about Dr Viktor’s experiences from the time he had to spend in the concentration camps. 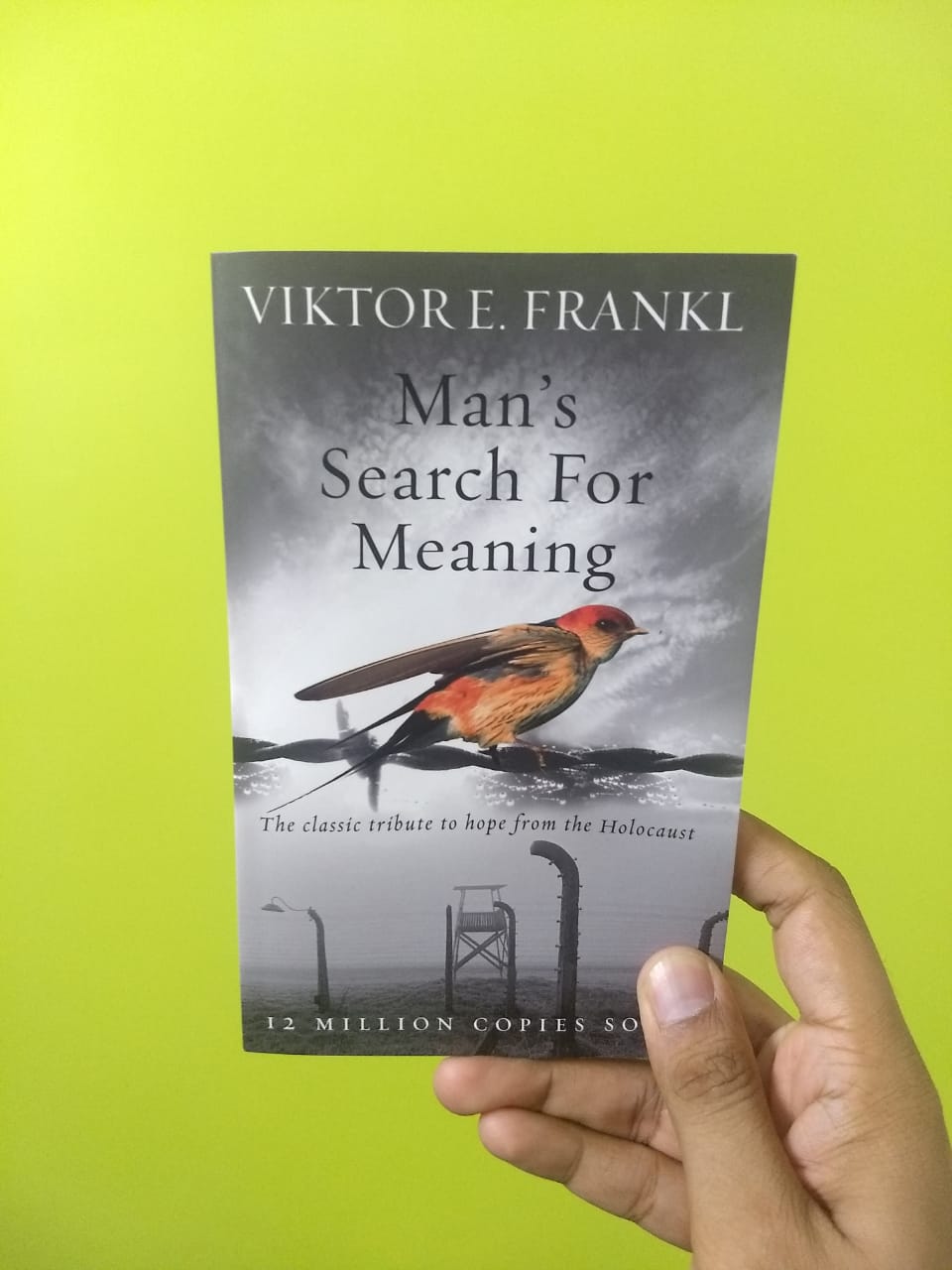 My thought process before picking up the book

I picked up the book and was expecting to find answers to my own questions around career and life in general. I had thought of being able to come to some very pin-pointed conclusions after reading the book.

Experiences in the Concentration Camp

This was the first part of the book and an extremely moving one. The description of the atrocities was very sad to read. Although I had read about the gas chambers, I had very less clue about the kind of labour that prisoners of concentration camps were supposed to do. And in the kind of natural conditions described by the author! This section gave me a lot of perspective on how life during WW2 would have been. Especially for the prisoners.

When I visited Europe in 2018, I felt a bit surprised at how often WW2 came up in discussions. This book helped me understand why that is the case and how difficult things must have been!

Logotherapy seemed like a really interesting topic. The ideas presented in it seemed worth trying. Sometimes, it seemed like I was reading “The Power of Your Subconscious Mind” again.

It wasn’t surprising when the author said that there’s no general answer to the question of the meaning of life as it differs from person to person. However, I was a little disappointed considering my thoughts before picking up the book.

The ideas around forgetting oneself by giving to a cause to serve or a person to love made a lot of sense to me. At various places in the book, the author talks about not aiming for happiness itself but for giving oneself completely to an idea, cause, love for someone which would result in happiness as a side-effect. This reminded me of a famous dialogue in the movie ‘3 Idiots’ which goes like:

I liked the section “Meaning of Love”. Finding meaning in unavoidable suffering was something totally new for me. It made a lot of sense! What was also interesting was how the author repeatedly mentioned that he’s emphasizing on ‘unavoidable suffering’ and not on ‘masochistic suffering’.

Paradoxical Intention seemed like a really interesting idea and something I intend to try. Especially to be able to fall asleep! Many examples were given of this concept which seemed similar to the ideas presented in “The Power of Your Subconscious Mind”.

Although the most popular quote from the book is:

He who has a why can bear any how

I liked the ideas around not making happiness/pleasure the primary goal of one’s life but enjoy them as a side-effect:

Pleasure is, and must remain, a side-effect or by-product, and is destroyed and spoiled to the degree to which it is made a goal in itself.

That’s it for now. Until next time… 😉